The company in its report however said protests and social discontent are likely to increase in the aftermath of a Tinubu win.

Fitch, the global rating company has tipped Bola Tinubu, presidential candidate of the ruling All Progressives Congress to win the 2023 election.

The company in its report however said protests and social discontent are likely to increase in the aftermath of a Tinubu win.

It said a win for the APC candidate would likely fuel sentiments of perceived marginalisation among Christians while supporters of his opponents may take to the streets to question the fairness of the electoral process.

“At Fitch Solutions, we believe that recent polls are significantly overstating support for Peter Obi, the Labour Party candidate running in Nigeria’s February 2023 presidential election. Indeed, we maintain our view that the ruling party’s Bola Ahmed Tinubu is the candidate most likely to win the presidential election as a split opposition vote will favour the All Progressives Congress.

“Protests and social discontent are likely to ramp up in the aftermath of a Tinubu win since this would end the recent trend of the presidency alternating between Muslims and Christians. At Fitch Solutions, we believe that recent polls are significantly overstating support for Peter Obi, the Labour Party candidate running in Nigeria’s February 2023 presidential election.

“Surveys showing that Obi is ahead of his opponents Bola Tinubu (All Progressives Congress; APC) and Atiku Abubakar (People’s Democratic Party; PDP) were mostly based on responses gathered online. Since only 36.0% of Nigerians use the Internet (World Bank, 2020), we believe that these results are skewed towards urban, affluent voters who are most likely to support Obi. We also highlight that these polls suggest that a large share of voters remain undecided.

“Even if these surveys were accurate at a national level, Obi’s lack of support in Nigeria’s Muslim-majority North would make it difficult for him to win next year’s election. Indeed, the North is home to the majority of all voters and turnout in this part of the country tends to be relatively high, underscoring the importance of the Northern electorate.

“According to Nigeria’s 1999 constitution, a candidate can only be elected if they both receive the majority of overall votes and over 25.0% of votes in at least 24 of the country’s 36 states. Given that Obi’s Labour Party has limited infrastructure in the North, he will struggle to meet this second voting requirement.

“Indeed, the Labour Party is not even running candidates for the Senate and House of Representatives in many northern constituencies. Furthermore, the northern electorate historically tends to vote for presidential candidates from their region. With Obi being a Christian from the South (Anambra State), increasing his voter share in the North will prove challenging.”

Fitch added that Peter Obi is unlikely to win the presidential election.

“As such, we believe that Obi’s popularity will most likely split the opposition vote, at the expense of the PDP. The PDP’s candidate (Atiku Abubakar) is a Northerner and we believe that the party’s only route to victory is expanding its vote in the South West and North Central states, while retaining large majorities in the South South and South East.

“However, given Obi’s popularity in the south – especially the South South and South East – we believe it is unlikely the main opposition party will be able to gain more votes in these parts of the country.

“Indeed, we maintain our view that the APC’s Tinubu is best placed to win the presidential election. We expect that the party, which has nominated a Muslim-Muslim ticket, will repeat its strong performance in the North. Given that Tinubu is a former governor of Lagos, the party is also likely to improve on its performance in the South West. Furthermore, we expect Tinubu to benefit from incumbency advantages, with the APC having been in power since 2015.

“Protests and social discontent are likely to increase in the aftermath of a Tinubu win. Since Nigeria’s return to democracy in 1999, there has been an informal agreement that resulted in the presidency alternating between Northern and Southern states as well as between Christians and Muslims.

“A win for Tinubu would break with this unwritten tradition and likely fuel sentiment of perceived marginalisation among Christians. In addition, Obi’s supporters – mostly young, urban voters – are likely to question the fairness of the electoral process, especially after recent polls have predicted a win for Obi.

“These dynamics are likely to engender political unrest following the February vote. As a result, we have revised down the Social Stability component of our proprietary Short-Term Political Risk Index (STPRI) from 30.0 to 25.0 previously (scores out of 100; lower score implies higher risk). This brings Nigeria’s overall STPRI score from 46.3 to 45.0.”

The global rating company said it does not expect significant policy changes under a Tinubu presidency.

“While Tinubu has stated that he would phase out Nigeria’s costly fuel subsidy, we are sceptical this will happen in the short term. There appears to be limited appetite within the APC to remove the subsidy, and with inflation remaining elevated in 2023 – due to high food prices – the cancellation of the subsidy would negatively affect the new president’s popularity. Indeed, the PDP tried to remove the subsidy in 2012, but had to back down after large-scale protests,” it said.

“In addition, we believe that Tinubu’s aim to raise oil production is unfeasible in the short term. Crude production has declined significantly to 1.1mn barrels per day in September – a multidecade low – due to rising oil theft and previous underinvestment. Given the country’s weak fiscal position, we believe that there will be limited room for more security and social spending to combat oil theft and attract more investment.

“While not our core view, factions within the APC could weigh on Tinubu’s popularity in Northern states. In addition, should public concerns about Tinubu’s health become more pronounced in the run-up to the election, we would expect his chances of winning to become smaller. There remains a possibility that a three-way race results in no candidate passing the electoral threshold. This would prompt a second round for the first time in Nigerian history, likely heightening political instability 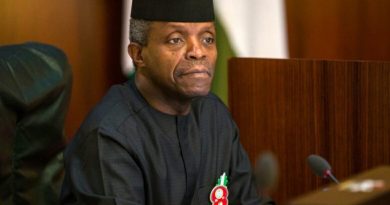 Creation Of “Office of Directorate of Politics and Governance” Created By RCCG Is Meant To Mobilise For Osinbajo, Kperogi (pics) 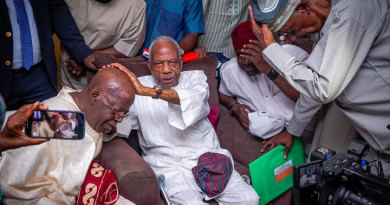 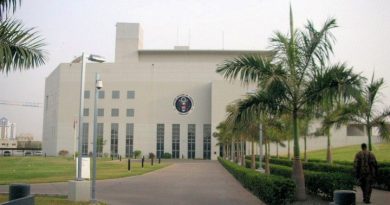