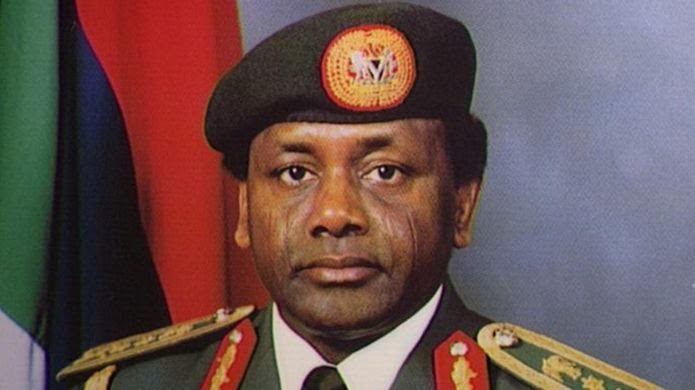 “Over the past four years, General Sani Abacha has received countless appeals from all and sundry who share a common belief that our country, Nigeria, would fare better if the conditions for national peace and stability that have been achieved are allowed to continue and endure”

“General Sani Abacha will, in taking the decision, be guided by his principle of taking hard decisions even when such decisions have dire consequences for his person and his family. I would however assure you that when the decision is made, you will not be disappointed for you will know that it was taken in a manner consistent with his character and therefore in the interest of the nation”.

This statement was delivered on behalf of General Sani Abacha after three days jamboree organised by Daniel Kanu, the brain behind Youth Earnestly Ask Abacha (YEAA), appealing to Abacha to succeed himself in power on October 1, 1998.

Nigeria has passed through a lot of challenges before getting to where we are. Currently the country is faced with serious security challenges, most especially the threat to the unity with the divisive and sectional agenda of Major General Muhammadu Buhari, thus threatening the corporate existence and unity that binds the nation together. Even in the days of the despotic rule of Sani Abacha, we have never had it so bad with our security architecture with the way the Federal Government has been treating the issue of Fulani herdsmen and farmers crisis, banditry, insurgency, ceaseless and unabated kidnappings with kid gloves but with strong arm twisting tactics with secessionist and separatist groups of IPOB and Oduduwa republics.

Nigeria must be guided by history to be able to avoid the mistakes of the past. In this regard, this author has taken us back to the memory lane of how a past military ruler, Sani Abacha decided to self-perpetuate himself in power against all norms and principles of democratic ethos.

Sani Abacha was a kleptomaniac general that ruled Nigeria with a tight-fisted iron rule from 1993 to 1998. In a bloodless palace coup, he deceitfully edged himself to power by pushing aside the lame duck interim government set up by his predecessor, General Ibrahim Babangida and headed by Chief Ernest Shonekan.

In a half-heartedly kangaroo and political shenanigan to perpetuate himself in power, Abacha did not leave anyone in doubt that he was not ready to hand over power to Chief MKO Abiola, the acclaimed winner of June 12, 1993 Presidential election. In other to achieve his hidden agenda, he rolled out a comprehensive, confusing and deceptive democratic transition timetable from military to democratic rule in which he would be the sole beneficiary.

The first salvo was fired by the strong man of Ibadan politics and chieftain of Democratic Party of Nigeria (DPN), Chief Lamidi Adedibu when he said: “ General Washington was an army officer before he contested and won the presidential election of the United States of America and he did well; Winston Churchill was also an army officer yet he contested for the post of Prime Minister of Britain and he won. I don’t see anything wrong in General Abacha’s contesting and I am supporting him”

In actualising his devious plan, Abacha stifled all the five existing political parties, railroaded and forced them to adopt him as the sole candidate of all the parties. In painting a picture of national acceptability among the youths, he recruited Daniel Kanu, a young man and the son of the owner of Agura hotel in Abuja to organise a two million march for him.

The 2 million march was organised by the group Youth Earnestly Ask for Abacha (YEAA) under the direction of Daniel Kanu. The national march that recruited and paraded Nigerian youths from the six regions of Nigeria took place in Abuja, Nigeria, during 3–4 March 1998.

It was one of the largest gathering in the history of Nigeria meant to beg the military leader to contest the presidential election of which he would be the sole candidate. Obviously Kanu was financed with public money and the cost was put at nearly N2.5 billion that was beamed live through NTA (the national television). Top notable Nigerian musicians like Christy Essien Igbokwe, Sir Shina Peters were on hand to entertain the teeming Nigerian youths that were induced and financed to participate from all over the federation.

Many prominent politicians and other famous Nigerians attended, supported, and spoke at the rally. These are some of the lists of prominent Nigerians that attended:

Many other top politicians, erstwhile ministers, contractors spoke glowingly at the rally and praising Abacha to continue his “good works”. The general could not attend the rally but was represented by his political adviser, Dr Sule Hamman who delivered the historical remark.

Some of the youths from the restive Niger Delta region that were mobilised were amazed with the aesthetics beauty and infrastructural development of the capital city of Abuja compared to the despoliation and degradation environment they are used to. The oil wealth from this region was used to build this beautiful city but the golden goose that laid these golden was left to rot away.  This rally contributed largely to the restiveness and crisis of the Niger Delta that led to kidnapping of expatriates, bombing of oil installations before the amnesty program of President Umaru Yar’adua.

Many Nigerians were afraid to talk against the self-perpetuating plans of Abacha because of the cloud of fear and trepidation that pervaded the entire country. During this period, there were many state sponsored extra judicial killings and murder of prominent Nigerians like Alhaja Suliat Adedeji. Alhaja Kudirat Abiola, the wife of incarcerated Chief MKO Abiola, the winner of June 12 elections. Others are Chief Alfred Rewane, Commodore Omatsola did not live to tell their stories while assassination attempts were made on the lives of leader of NADECO, Chief Abraham Adesanya and Brig Gen Buba Marwa, administrator of Lagos state. Many top Nigerian politicians fled into exile.

Colonel Dangiwar Umar in an interview with a Lagos based popular newspaper in an interview said: “All the people that are saying only Abacha can rule this country must realise that Abacha is a human being and God has promised that every soul will suffer death and we don’t know when that death is going to come. So to continue to predicate the future of this country on the existence of one man is very dangerous. What happens if that man is gone? Meaning this country will disintegrate?”

It was as if Umar had the premonition of what would happen.

Unfortunately, as fate would have it, Sani Abacha could not achieve his nefarious and evil plans, he died on June 8, 1998. Some of these prominent Nigerians that played critical roles in the self-perpetuating plans are no more and Nigeria has not yet disintegrated. His government is accused of stealing of close to $4 billion from the treasury and efforts by successive governments to recover the loots have been yielding dividends. Buhari’s government has benefited from the recovery of some of Abacha’s loot never believed he stole and wrote inter alia:

It seems Nigerian politicians have not learnt any lesson from this sad event because it was played again during the third term agenda of Chief Olusegun Obasanjo in 2007, after fulfilling the mandatory two terms constitutional limit. Fortuitously, the national assembly shot it down by killing the veiled attempt in a dubious constitutional amendment introduced by his government.

The ghost of late Sani Abacha is still haunting Nigeria because the 1999 constitution that is operational was designed and packaged by his government for his self-perpetuation agenda. This Abacha’s document was repackaged by Auwal Yadudu, the political adviser to Gen Abdulsalami Abubakar that succeeded Abacha. It contains the imprints and provisions of regimented military powers that bestow awesome powers to the President and governors. The document supports unitary government instead of a federal state. Unfortunately one of his admirers, President Buhari that served as Chairman of PTF under Abacha’s evil government has been using the loopholes in the constitution to create divisions and disunity in the country.

Many Nigerians are calling for the amendments of some of the obnoxious sections in the constitution, others are clamouring for referendum, a call that has no provision, another group is demanding for restructuring and federalism.

While the nation is presently groping in the dark for solutions to solve this conundrum, we must continually pray not to have the likes of late Sani Abacha again. He remains one of the worst leaders that have led this most populous black nations of the world. 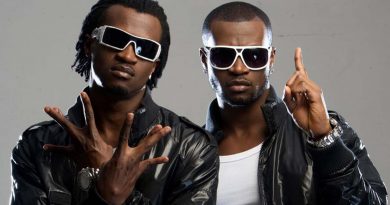 Psquare’s Reunion: A Hit Or Miss With Challenges Ahead?