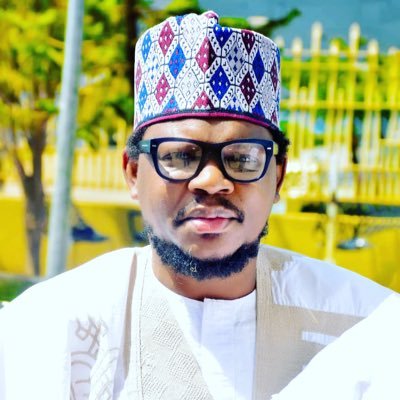 Peoples Gazette has uncovered how the Buhari administration provided seed capital for Adamu Garba’s Crowwe social media platform, hoping the firm would help the government dominate internal narratives while squaring an ardent challenge to Facebook and Twitter for the Nigerian audience.

The Gazette obtained bank documents that carried a transfer of funds from the Central Bank of Nigeria to Mr Garba’s IPI Solutions, a software engineering firm run by Mr Garba. The company developed and deployed the Crowwe social media app.

The CBN on May 21, 2019, transferred N136.8 million to Mr Garba’s IPI Solutions, documents said, marking one of several transfers that our sources said the Buhari regime advanced to Mr Garba in the course of building the Crowwe app.

Although a major beneficiary of the social media storm that weakened the Jonathan administration and amplified the opposition’s messages ahead of the 2015 presidential election, Mr Buhari has relentlessly railed against the negative influence of social media since coming to power. After realising the enormous control that social media has in shaping public opinion, even amongst citizens with little education or financial ability to be on the Internet, Mr Buhari started introducing different tactics to regulate online speech.

A few months after assuming office in 2015, members of his ruling APC pushed a so-called social media bill that civil liberties campaigners said was too offensive to be accepted in a democratic system. The bill was summarily defeated, but the government pushed at least two other similar bills, including one that proposed death penalty for online speech, that were defeated under the Bukola Saraki-led parliament.

But shortly after narrowly securing a second term, Mr Buhari agreed with his aides that it was necessary to control social media, according to sources familiar with the matter. Several ways to ensure that the government’s message dominated the public space with little to no pushback from citizens were suggested.

“It was while the government was trying to find ways to control the media space that Adamu Garba’s company was picked as one of the promising businesses that could proffer solutions,” an administration official said. “The seriousness of controlling social media cannot be overplayed.”

Mr Garba earned instant name recognition in 2018 after showing interest in running for president against Mr Buhari. He summarily abandoned his campaign and became a recognisable voice in support of the president. The regime provided hundreds of millions to Mr Garba’s firm in anticipation that its Crowwe platform would make a sufficient dent on the appeal of Facebook and Twitter, officials briefed on the matter said under our policy on anonymous sources.

But two years after funding began and several months after Crowwe was introduced to the public, the app has not appealed to Nigerians on the scale expected by both the regime and its developers. Only a few thousands users have signed up, and even then the app has been riddled with complaints around its functionality.

As part of efforts to give life to Crowwe, Mr Garba sought to push Twitter out of Nigeria, filing a lawsuit against the platform in the wake of last October’s historic #EndSARS campaign. More than any other social media rivals, Mr Garba saw Twitter’s presence in Nigeria as an existential threat to his own platform and assumed its exit would push Nigerians to his own platform by default.

But his expectation was again dashed this month when his platform failed to pick up despite the government’s ban on Twitter. Instead, Mr Garba found his Crowwe app removed from Google Play Store a week after the Twitter ban following a deluge of complaints from users. He said the app was taken down to upload, but failed to explain why it was only Crowwe that required being taken down before an update could be pushed to enhance user experience. The app was largely unusable that Mr Buhari, his administration officials and supporters had to move to Indian platform following their exit from Twitter earlier this month.

The presidency did not return a request seeking comments from The Gazette about its dealings with Mr Garba. Mr Garba confirmed to The Gazette that he received funds from the government, but said it was one of several payments the government paid for a series of “intervention” projects his company executed for the government.

“We do projects and receive payments from the Central Bank,” Mr Garba said. “I think it is a project we did for the EFCC.” He was silent on whether or not the projects were through competitive bidding in line with extant public procurement regulations. 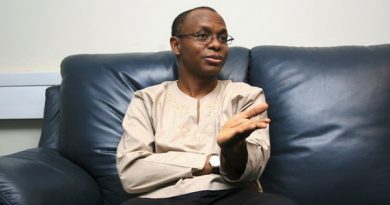 See list of Nigeria Governors and their ages as at 2017 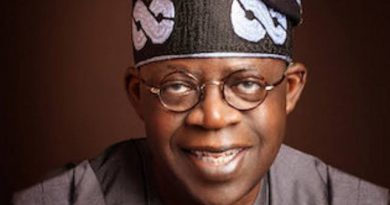 2023: ‘I Was Made Before I Met Tinubu & Why I Can’t Support Tinubu’s Presidential Ambition’, Buhari’s Aide, Babafemi Ojudu