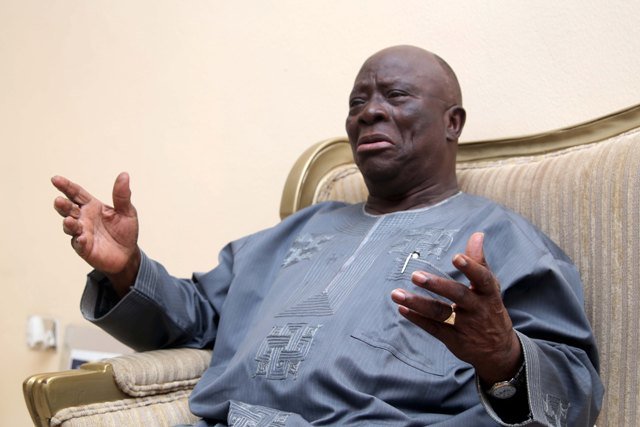 ★ As one of the strong advocates of restructuring, will you support the presidential ambition of Asiwaju Bola Tinubu so that he can make restructuring a reality?

If Tinubu declares for President tomorrow and seeks my support, I won’t support him. I have told him that even if they choose my son as president under this constitution, I will oppose him. This is an obnoxious constitution. It is a constitution by the northern elite to oppress the South. All the things that are causing conflict in the country today is in the constitution made by the military.

All these things they are doing against the South-West now, what is Tinubu saying about it? He can’t talk. That was why I said he is deceiving Buhari and Buhari is also deceiving him. The north is not sincere about the presidency coming to the South in 2023. They are saying ‘let the presidency come to the South’. And some of their people are saying Tinubu is the right choice. While they are doing that, they are also setting up Fayemi. Their tactics is divide and rule.

They are not only dividing the South-West, they are causing division in the entire South. Now, they are dangling the presidency before former President Goodluck Jonathan. Tomorrow, they will say it is Amaechi or Umahi. The strategy is that while the South is quarreling among ourselves, they are going to bring in a northern presidential candidate. We have dealt with their forefathers and we know the mischief. Look at what happened in Ibarapa in Oyo state where we have a paramount ruler, Alaafin of Oyo. But President Buhari sent for Ooni of Ife who is in Osun state. Is Oyo in Osun? He didn’t

President Buhari did not send for Alaafin because that one had already written him a letter that should his government fail to arrest the brazen criminality and impunity by killer herdsmen, the Yoruba people may resort to self-help. So, he deliberately invited Ooni of Ife to spite Alaafin and cause disaffection between the two rulers. That is why I have been talking to Yorubas not to allow themselves to be divided.

★ There are reports that the Vice- President cannot so anything on restructuring as he is handicapped. Do you share that view?

How is Osinbajo handicapped? Is that not the man who said what do we understand by restructuring? How is he handicapped? Is that not the same Osinbajo who took Obasanjo to court over creation of local government in Lagos on the issue of true federalism when he was Attorney-General in Lagos? What has changed now? He is a dishonest politician and they are all hypocrites. They are only selling the people for their own gain. I told Osinbajo that how can you say you don’t understand restructuring? Your father and myself are followers of Awolowo and you Osinbajo was born on the principle of restructuring. Has he denied it?

★ Some have claimed that one of the reasons why you parted ways with Tinubu is on account of your rigid attitudes to issues while he is flexible and generous. What is your take on that?

Yes, Tinubu’s supporters have claimed that one of the reasons why we parted ways was because he likes spending money for people while elders like us are stingy. That is true and I have challenged him that if I were to ask for money, how much did he give me before I took the action that made him governor? The late Ganiyu Dawodu as the state chairman of Lagos state AD had already forwarded the name of Funsho Williams as winner of the primary. I overturned it as the national chairman”.

When there was a dispute between him and Dawodu, the woman he called his mother, Alhaja Abibatu Mogaji whom I have known since Action Group days phoned me to intervene. I told her ‘Alhaja, you know me. I am standing for truth. Ask your son, did I get a penny from him before I recognised him?

When he was trying to undermine his then deputy, Kofoworola Bucknor-Akerele and we told him that he can’t do that. I also spoke with Kafaru Tinubu and I said ‘Kafaru, if I ask you for N20m at that time, won’t you give me? He said I will give you. I then asked ‘why can’t we talk to this boy (Tinubu)? That is how no matter how much I criticise him; he will only reply me back through his boys who are his mouthpiece. He will never reply me directly. I stood by him through thick and thin on principle, not for any material gain. He can’t say ‘Papas, stop threatening me because this is how much I gave you’. That is the integrity I’m selling.

When he was governor, he was stubborn on certain issues. So, during Christmas, he gave myself, Papa Abraham Adesanya and Olanihun Ajayi cows as Christmas present, but we returned it to him. We told him we won’t accept his gifts because we talked to him but he refused to listen”.

On a certain occasion when he brought Christmas present, I told Tunde Rahman, his media aide who brought it that if I reject this gift now, people will say this man never forgives. That was how I collected the gift. When he was to be arrested and I spoke out that touching him amounts to touching Yoruba nation, he came here to thank me with Wale Edun and others. I told him pointblank I did it for Yoruba nation and not for him. All the things happening to him now, we warned him earlier.

★ Ahead of the 2023 presidential election, analysts believed that some powerbrokers have whittled down Tinubu’s influence and they are doing anything to stop him from contesting. What is your perspective on that?

They said Tinubu is a strategist. I just laugh whenever I hear that. A strategist that can’t see what is happening in APC. You are the principal partner in this merger but you have no constitutional position in the party. They deceived you that they are going to make you chairman of the Board of Trustees (BoT) but they never set it up deliberately. So, the constitutional bodies of the party you have no say and yet, he is still thinking that he is something in the party. There was an occasion when Buhari told him that there cannot be two national leaders in the party and that as President; he is the only national leader. So, if Tinubu continues deceiving himself; that is his problem. You can see (Aremo Olusegun) Osoba now begging the party to call a national caucus meeting when they now know that by doing the membership registration, they are trying to edge them out and it is going to affect them.

★ What do you want to be remembered for and what will you tell Chief Awolowo when you eventually meet?

I want to be remembered for my consistency in saying the truth at all times. That I keep the flag flying until I go to the grave for the cause he stood for. I did not yield an inch to the opposition. It is what he left with me that I continue to consistently preach to our people. Those who accept it, they see the result. Those who rejected it are also seeing the result. 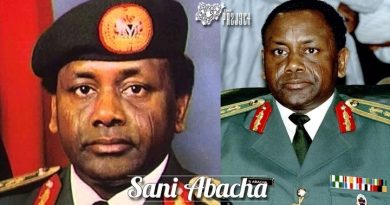 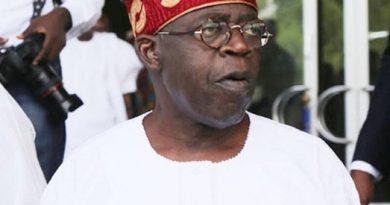 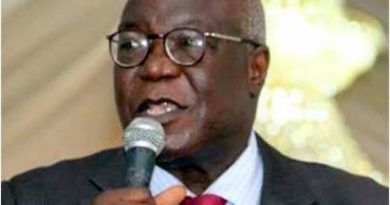