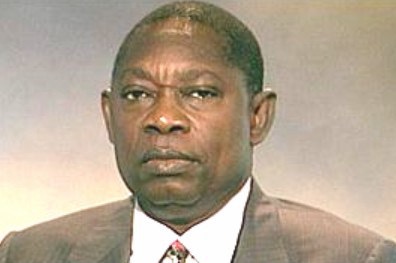 Jamiu Abiola, son of MKO Abiola, has come under heavy attack from Nigerians for saying that President Muhammadu Buhari has same agenda as his father.

Speaking in a recent interview to mark the Democracy Day, Jamiu had angered Nigerians when he said “My father and this President primarily have the same objective.”

In a rare interview he granted a popular newspaper, this is the offensive portion that angers cross sections of Nigeria, bearing in mind that Buhari has failed:

Has anything changed from the way you feel your father who this administration described as a martyr of our democracy would have run his government?

Not really. My father and this president primarily have the same objective. They both aim to make life easier for the masses. Maybe my father might have resorted more to privatization as a means of employment generation but the approaches of both men, if not strikingly similar, would have certainly met at the junction relating 50 people-oriented programmers like the school feeding being carried out by this administration, along with its N-Power programme. All in all, it is the result that counts and, looking at how Nigeria was in 2015, President Buhari has done an excellent job.

Some of Nigerians who expressed their anger on Twitter said if Jamiu’s words were true, it was all thanks to God his father never ruled the country.

For some others, Jamiu is a disappointment to his father for making such assertion.

Here are some reactions:

@Nj99625368, “If the agenda your father had was to make Nigeria insecure for its citizens, then no wonder Babangida did not allow him to have a taste of his triumph. We must be wasting our time trying to remember him today then.”

@Sunnyx, “Am sure you are not real son of Abiola.”

@lanreafo, “It’s either you didn’t know your father or 2015 and 2019 should have taken the same path as the post-June 12 cancellation. This is because Abacha had ‘better’ agenda that Buhari.”

@dirisy, “All these things happening in Nigeria both the good and bad was your father’s agenda?”

@de_mek_venture, “Are you telling us that your father has no vision?”

@Ucheclive, “Your father’s ghost will hunt you , because of money, you betrayed your late father . Ode.”

@Uyime_Ocean, “If so then thank God and Nigerians that his father was not allowed to execute such a porous and no direction agenda.”

@Collinsohiri, “Hunger has made this one flip. Even your dad a great man will be disappointed at you.”

@Oriariwolg, “A condom would have saved Abiola this huge embarrassment.”

@eluke, “Who knows if he detests his late father… some kids grew up that way.”

@Walexlomo, “Maybe we should even thank God that your father didn’t become President.”

@Adekoladamy, “Someone that worked with the person that jailed your father yet he could not convince his boss to release your dad and restore his mandate. Jamiu, do you think your dad will be proud of you?” 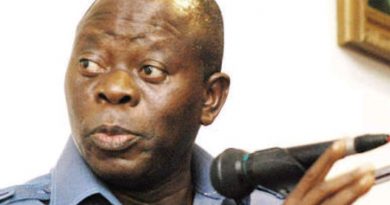 “I’m Smarter Than Saraki & How We Uprooted Him In Kwara Politics”, Oshiomhole Boasts (pic) 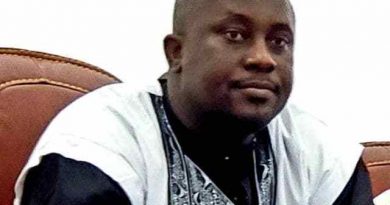 Adieu Adesanmi; My Eyes Are Wet With Tears, Remi Oyeyemi