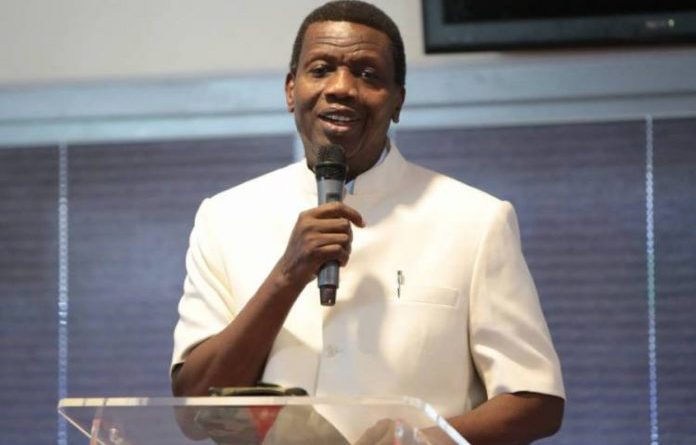 General Overseer of Redeemed Christian Church of God (RCCG) Worldwide, Pastor Enoch Adeboye, has asked Vice President Yemi Osinbajo not to be fazed by the snares of those unhappy with his rising profile, saying God who destined him to be part of President Muhammadu Buhari’s administration will sustain him.

Taking his text from 1 Samuel 9: 18 and 19, the cleric likened the story of Osinbajo’s emergence as vice president to that of Saul who became king of Israel without lobbying for recognition.

Adeboye, who was represented by the Assistant General Overseer, Education and Training, RCCG, Pastor Ezekiel Odeyemi, said: “I prayed with him (Osinbajo) a few moments ago, and God made me understand that before this man became a vice-presidential candidate, he never thought he could get to that position. He was not a politician.

“But destiny is very powerful. If God destines you to be in a place even if 100 people are lined up before you, they will all be disqualified. If God is the one promoting you, he will sustain you there.”

While reflecting on the theme of the celebration: ‘The Next Level of Glory’, Adeboye called on Nigerians to be incorruptible in order to experience the dividends of the promised ‘next level’.

According to him, “We are living in a nation where corruption is the order of the day. If we must experience the next level of glory, we must make up our minds not to defile ourselves. We must determine to be incorruptible.”

He also warned Nigerians against resigning to the negative belief that the country cannot be better.

“We don’t want anyone to be complacent. But, we want Nigerians to be pro-active and determined to move from one level to the next. We can’t afford to give up,” he said.

Speaking also, RCCG Pastor in-charge of Faith Chapel, Olusegun Rotimi, expressed optimism that the church would fully actualise its vision in the years ahead; noting that 20 days of prayers and fasting have been offered to God as thanksgiving for the Chapel’s growth and success since 1999.

I Have Picked My Running Mate, I Don’t Know About Any Placeholder, Tinubu Insists