Nigerian man explains what a lady he met on Facebook did to him after he jokingly proposed marriage, had sex with the lady and then withdrew the proposal

A Nigerian man is currently in a dilemma after a lady he met on Facebook and proposed marriage to, did the unthinkable after they met, had sex multiple times and then he withdrew the marriage proposal. Read the story below

Good Evening Bro! I met a girl on Facebook and promise her marriage out of play,i never meant it. We shared contact and began dating each other. She said that she was missing me and i said me too.

She lives in Port Harcourt while I lives in Abuja, She decided coming with her own transport fare. She arrived and we had sex and good time,she prepared food and also washed my clothes.

She was some how wife material,then she asked when am I coming to see her people for her hand in marriage. I said for your hand in marriage? For what? She said I thought you promised to marry me and that you said we will plan it when I come?

I said I was only joking and not ready for marriage yet. I told her point black that am not going to marry her but let’s put everything in God’s hand and see how it goes. She became angry and finally agreed,we had sex again and again.

I left for work only for me to come back home and discovered that she wasn’t home. She took all the money I have been saving this year about #240 thousand in the home wood safe, my home laptop and Samsung phone, all the wines and juice both the wines in the bar and in the fridge were also taking from her.

Then I dialed her number not reachable,i searched for her bag but couldn’tn’t see it.

The one that angered me most was that she packed all the whole soup and stew she cooked for me both the meats,chicken that I stored inside refrigerator and left the pot without washing it.

When her line finally went through,she picked it and told me that I can’t promise her marriage and later took it to for a play,after bleeping me like harlot and made me to travel all the way from Port Harcourt to Abuja with my money and all I could get is to tell me that you are not marrying me! I asked her what about the things you took from my house,are you not going to return it back?

She said that she is not returning anything and that she forgot to take the refrigerators and flat screen and other valuables along with her for toying with her emotions. She also said that she has sold the ones she took.

I don’t know if I should expose her here on Facebook for doing this evil act to me,she is still active here and am still her friend on Facebook.

She said I should do my worst,that i scammed her and deceived her in the name of marriage. How can Facebook promise be something you take serious? Why would she take it serious. 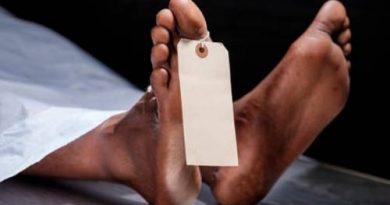 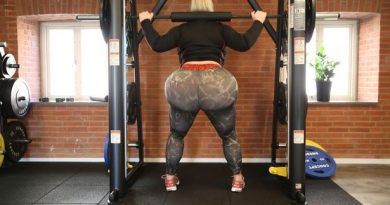 I Want To Have The Biggest Bum In the World, A 6foot Wide Bottom Lady (pics)