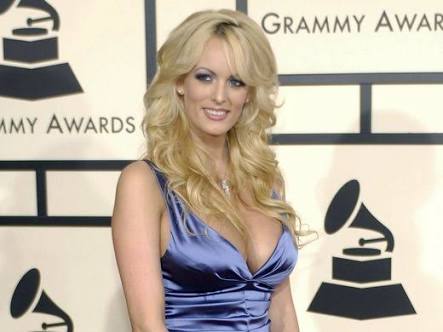 A New York state judge says US President Donald Trump must face a defamation lawsuit by a woman who accused him of sexually harassing her after she appeared on his former reality TV show.

The decision by Justice Jennifer Schecter of the New York state court in Manhattan in favour of California restaurateur Summer Zervos, a former contestant on NBC’s The Apprentice, raises the prospect that Trump might have to answer embarrassing questions in court about his behaviour towards women.

She rejected Trump’s claim that he was immune from being sued, finding “absolutely no authority” to dismiss litigation related “purely to unofficial conduct” solely because he occupied the White House.

“No one is above the law,” the judge wrote.

A White House representative was not immediately available for comment on the ruling.

Mariann Wang, one of Zervos’ lawyers, said in a statement on Tuesday: “We are grateful for the opportunity to prove that that defendant falsely branded Ms. Zervos a phoney for telling the truth about his unwanted sexual groping.”

Trump has been accused by several women of misconduct, including after the release during the 2016 presidential campaign of an Access Hollywood recording in which he had spoken in vulgar terms about trying to have sex with women.

He later said the comments were “locker room banter” and his campaign issued an apology from him if anyone was offended.

Zervos had met Trump when she became a contestant on The Apprentice in 2005. She accused him of kissing her against her will at his New York office in 2007, and later groping her in a Beverly Hills hotel at a meeting about a possible job.

During his campaign, Trump repeatedly said at rallies and on Twitter that all accusations made by women after the Access Hollywood recording became public were “lies.”

Zervos said Trump’s denials of her accusations amounted to defamation and that being branded a “liar” caused diners to stay away from her restaurant. Her lawsuit sought damages and an apology.

Also on Tuesday, Karen McDougal, a former Playboy model who said she had an affair with Trump, filed suit in California to release her from a legal agreement requiring her to stay silent.

McDougal filed the lawsuit in Los Angeles Superior Court against American Media, publisher of the National Enquirer, which paid her $US150,000 in 2016 to keep quiet on the matter, according to a copy of the lawsuit provided by her lawyer, Peter Stris.

The lawsuit comes a month after the New Yorker reported on the alleged affair and a move by American Media to pay McDougal for exclusive rights to her story, which it never published.

“AMI lied to me, made empty promises, and repeatedly intimidated and manipulated me,” McDougal, who was Playboy magazine’s 1998 Playmate of the Year, said in a statement on Tuesday.

“I just want the opportunity to set the record straight and move on with my life, free from this company, its executives, and its lawyers.”

My Mission Is To “Demilitarize” Not To Occupy, Putin Says As Russia Invades Ukraine (video)