Skip to content
In The News
August 1, 2017 Olumuyiwa Olayinka 0 Comments

These days, more and more pastors and ministers are boasting in the depth of their finances and in excellency of the number of people they have saved or helped out of difficulties.
I used to have a pastor in my school fellowship who always boasts of his accomplishments. He is too autocratic and likes to be involved in almost everything even though there’s need for delegation of power. However, he doesn’t even allow we (the EXCOS members) to function since he takes almost all decisions himself. As funny as it sounds, he even features in the affairs of ladies which his wife or sister’s coordinator should be responsible for cheesy
When he asks you to lead the prayer or take a message, he will later come to round it off himself no matter how well you passed the message across, making it look like you didn’t do it well. It’s even appalling that he’s the first pastor I will ever see in my life leading Praise and worship on Sunday before handling the microphone over to the person assigned to take it shocked
He does everything to make sure we are envious of his children. Often times, during sermon, he used to give us updates of how his first born has been maintaining his first class since 100l, he talks about how his second born made 9As in WAEC and how his last born is the second best student in her school. Most people that are battling with low self esteem always feel uneasy each time this man says these things.
A sermon cannot be passed across to us without him looking for every little opportunity to talk about how many times he has traveled abroad, how he used a fraction of his salary to build the church, how he bagged his PhD, and how it has earned him respect and recognition in the society.
Though, I wouldn’t deny the fact that he’s a philanthropist as he sometimes helps financially handicapped students out of ugly situations, but at the end, he will still boast of it on the pulpit even though he might not mention their names. There was even a time he assisted a financial handicapped neighbouring fellowship with the sum of N20, 000 when they needed money for their roofing sheets, and to my dismay, he talked about it during sermon and still talked about the amount he gave them.
He sees you as a threat and makes you look inconsequential when he realizes you have a dept of knowledge more than him since he believes you are just an undergraduate while has a PhD. I could vividly remember a time he silenced me on two different occasions when I made an overwhelming contribution during Sunday
Although, I have nothing against him even though he has offended and failed to apologize due to his overbloated ego, and I have left the fellowship but each time I remember all these things, I always pity those who find themselves under him
I don’t know why many of the prosperity gospel teachers are usually boasters. They mouth off about their huge ministry just to reel in the naive. And the last time I checked, Jesus does not have any of these traits.
May God lead us right 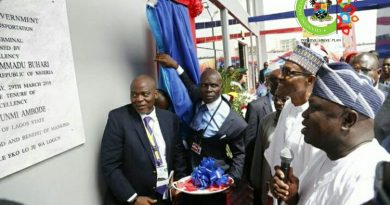 Nigeria Is Dying, We Must Stand In Unison To Rescue Nigeria