Skip to content
In The News
February 10, 2017 Olumuyiwa Olayinka 0 Comments

Popular Nigerian preacher and prophet, Primate Elijah Ayodele, has spoken up on the recent unrest trailing the rumoured death of President Muhammadu Buhari.

The rumours making the rounds about the president’s health status have made a lot of people ask series of questions, especially with Buhari not returning to the country on Monday, February 6 as initially promised.

So many Nigerians have spoken about the state of the nation as well as what they think about the president’s health status, with many Nigerians fearing that the unbelievable may have happened to him.

But the fearless preacher has come out to state categorically that President Buhari is still very much alive. He noted, however, that he needs serious prayers if he is to continue at the helm of affairs when he returns.

In a telephone chat with NAIJ.com on Thursday evening, Primate Ayodele said: “Since 2015, I have been telling you that Buhari cannot go for second term and that his government will have a lot of protests, now see what is happening in the country.

“There shall be rumbles with politicians and I have seen it clearly that it is an unexpected person that will emerge as Nigeria’s president in 2019. Tinubu will also want to contest, Dogara, Tambuwal, Atiku… they will miss it.”

Asked what he thinks about the rumoured death of the president, the INRI spiritual head, confirmed that he is still alive but stated however, that “his coming back needs a lot of prayers. He needs a lot of prayers to be able to come back to that seat otherwise, it might not work as we are looking at it. Only God will bring Buhari back.”

He added also that the president has to deal with certain bothering issues in the country.

“I want to tell you that the economic hardship will continue. Dasuki issue will continue, Avengers’s request must be met. CBN governor should be removed, then we can have stability in the economy.

“There will be more protests, Osinbajo will betrayed by those he trusts the most. America is in trouble presently, the world is also in trouble.

“The United Nations and the American government will be in trouble. America, Lagos, and Nigeria will break unless the right things are done.

“Biafra is not a joke, it should be handled carefully. The people defecting to the APC will be disgraced from there. Some will leave APC and let us pray because not all governors will finish their terms,”the revered Nigerian preacher offered

Primate Ayodele spoke about his upcoming birthday slated for Tuesday, February 14, explaining that he would be “sending people to Jerusalem, empowering women and give out free foods to as many people as can be at his church’s Isolo headquarters on Tuesday.

“There shall also be empowerment for students, support for police, road traffic management officers and several others.”

In his prophecy at the beginning of the year, the primate stated that Nigeria’s chances of having a smooth ride in 2017 is hinging on the condition that President Buhari adheres strictly to what the spirit of God asked him (the president) to do. 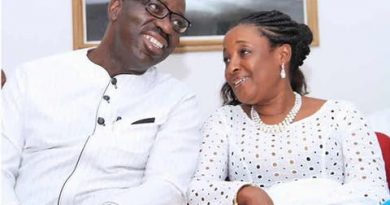 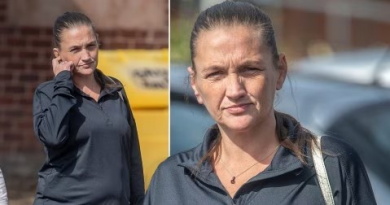