The book launch of ‘Buhari: The Challenge of Leadership’ at the International Conference Centre Abuja on October 3, 2016, attracted many dignitaries.

I wrote that the timing of the book launch is inauspicious. For those who have not seen or read it, please click on the link below:

My thought on the book launch of Buhari

Both dwelled extensively on the nomination of the current vice president, Professor Yemi Osibajo.

They attempted to set the record straight by confirming that Senator Ahmed Tinubu single handedly sent the name of Professor Osibajo to the president.

Tunji Bello gave a vivid narration of how Tinubu, himself and others conclusively arrived at the nomination. For his side of the story, click this link:

Chief Femi Fani Kayode in his characteristic defiant style, lampooned the content of the book. He attacked the writer of turning facts upside down. He also dwelled extensively on the nomination of Osibajo that tends to collaborate Tunji Bello’s accounts.

He was not short of words on his attack on the writer revealing that the Professor from his antecedents, is always doing PR jobs for the northern establishments.

He made us to understand that Professor Paden made fruitless effort to rewrite our history in a slanted manner. For more, click the link provided below:

History is particularly ascribed to mankind, meant to be the collection of past events connected to someone or someting. It is a record of historical facts.

If event that happened recently and we are all witnesses to it last year, could not be accurately documented, of what use is the point of writing the book.

I know most books written evokes passion and based on the point of the reason of the writer.

It is expected to generate and stirs controversy, nevertheless, but a situation where the nomination of vice president of the ruling party is subject to public ridicule and opprobrium, is however demeaning.

Right now, I’m at a loss of words especially the purpose of writing this book. It has left me confused rather than convinced.

I’m sure this is not the end of the rejoinder. I’m still waiting to hearing from former President Olusegun Obasanjo over the perceived corruption alluded to him and i’m sure it’s going to be revealing and explosive. 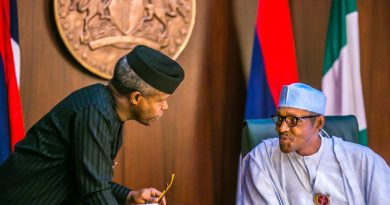 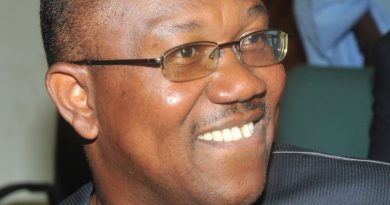